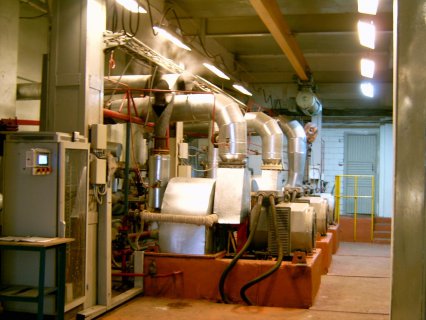 Switching the boiler house to mini heat and power plants by installation of the turbine-generator units (TGU), LLC "Promprivod" will allow to provide:

If a steam boiler is installed at Your enterprise that, for example, works with fresh steam parameters of 0.7 MPa and above, and steam pressure of 0.2 MPa is required for production, in this case the steam is reduced in reducing station or reducing cooling station.

Having installed a turbo-generator set, as shown in the thermal scheme, it becomes possible to generate electricity and direct its own boiler house needs, the needs of production and to have an economic benefit 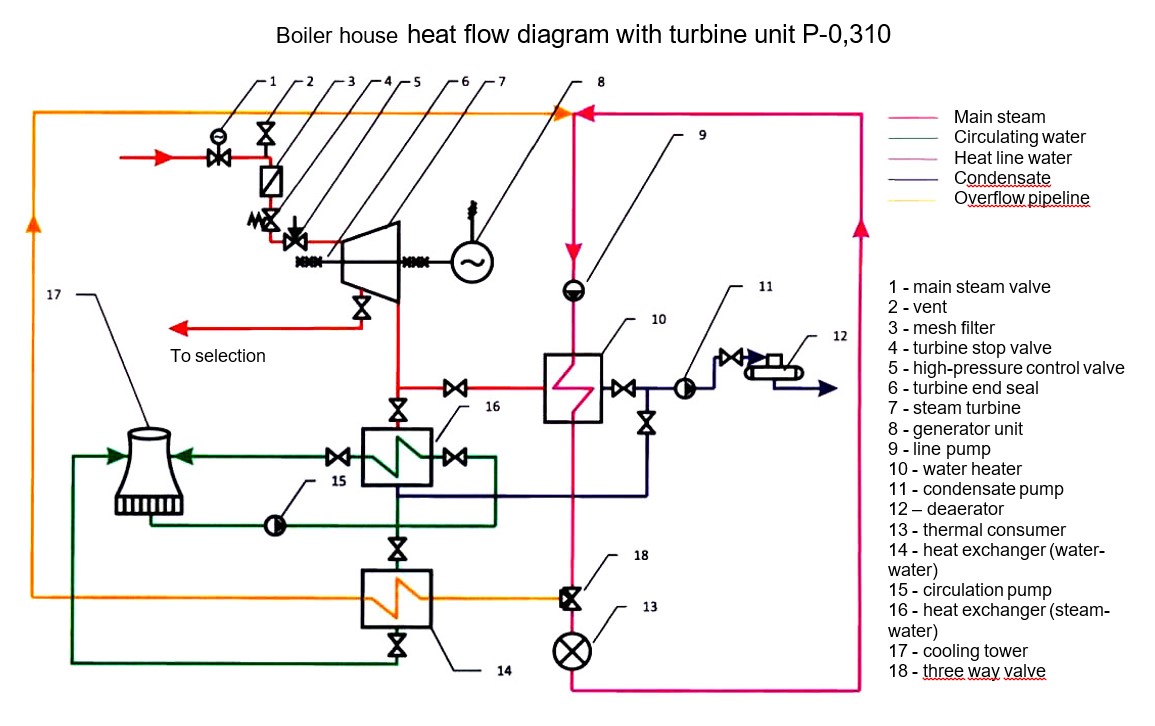 In winter, when consumers need to provide heat load for heating and hot water supply systems, the turbine unit operates according to the usual scheme. After the steam turbine 7, the steam enters the water heater 10 where the water is heated and then released to consumers, for example, residents of a city or village.The condensed steam is fed to the deaerator 12 and then goes back to the boiler.

In summer, in the absence of thermal loads, the steam after the turbine is sent to the steam-water heat exchanger 16, which acts as a condenser. The waste condensate is also sent to the deaerator, and then to the boiler. The excess heat energy of the steam in the heat exchanger is transferred to the circulating cold water, which is transmitted via the circulation pump 15 to the cooling tower 17.

The third mode is a combined regime, which includes the generation of electricity, the release of heat in the form of steam for technological needs, provision of heating and hot water supply.Steam for the technology is released from the selection of turbines, observing the necessary parameters for the technology (pressure and temperature).After the turbine, the steam is supplied to the water heater 10, thereby providing a heating load.

The advantage of the above-described scheme is that even with a decrease in heat consumption, there will remain the POSSIBILITY of CONTINUOUS POWER GENERATION.

We will call back in the near future and answer your questions!

The manager will call you back soon

The call is free